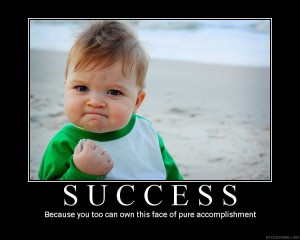 To my friends in the West Palm Beach area who are attending my show this Saturday 11/17, here are some details and a little info on what to expect, assuming you’ve never been to a show before.

The show is at the Palm Beach Convention Center and tickets can be purchased at the door. The morning event (10am) is $20.00 and the evening event (7pm) is $40.00. I don’t expect you to attend both the day and evening events but if you do, that’s great.

The morning is the actual judging and it’s referred to as “pre-judging.” This is where each class goes on stage and is judged by the judging panel. A class can be small or large in number. In my case, I’ll be in the open lightweight class. Open means that there is no age category, it’s based simply on a maximum weight limit. There will be a variety of other classes from teens, novice, men’s and women’s open bodybuilding, masters bodybuilding, figure, physique and a bikini competition as well. As far as bodybuilding classes, we are told by the head judge to perform specific mandatory poses. If competitors are told to move to different areas of the stage next to other competitors who are lined up, it’s for judging comparison purposes. Once the judges are confident that they have made their final placings, the competitors are asked to exit the stage and the next class comes to the stage. In most of the shows I’ve competed in, I’ve been on stage with my class for a significant amount of time (20-25 minutes). However, based on history I suspect the pre-judging classes will be very fast on Saturday. Not to my liking, but I’m doing this for fun anyway, and because it’s a qualifier for Team Universe, a show I’ve always wanted to compete in.

As far as cheering, don’t be shy! In pre-judging I like when my number (number on my trunks) is shouted out, but you can use my name on occasion too.

I don’t know the order of events, but I hope that bodybuilders are going on stage before the other classes (figure, bikini etc.), because those classes are usually packed with competitors.

There is a break between the pre-judging and the evening show. During the evening show, bodybuilders perform choreographed posing routines to music. These routines can last anywhere from 60-90 seconds. The key is to showcase ones posing but to also have fun and make it entertaining for the audience.   We are not judged on these routines.

After each competitor in the class performs their routine they are brought back to the stage and the placings from the morning pre-judging are announced.  The winner of each class (in my case, the lightweights), will then later compete against the other weight class winners (middleweight, heavyweight etc.) to determine the overall winner of the show.  Again, hopefully the order of events has the bodybuilders going on stage first in the evening – but I won’t know until Friday or possibly as late as Saturday.

I really appreciate anyone who is coming out to support me. Coming out to see a 55-year old guy who has practically killed himself to get into stage condition, who is on stage in less than his underwear, tanned, oiled and standing in front of a few hundred people….what better way to spend a Saturday?

I hope this helps! Much love!